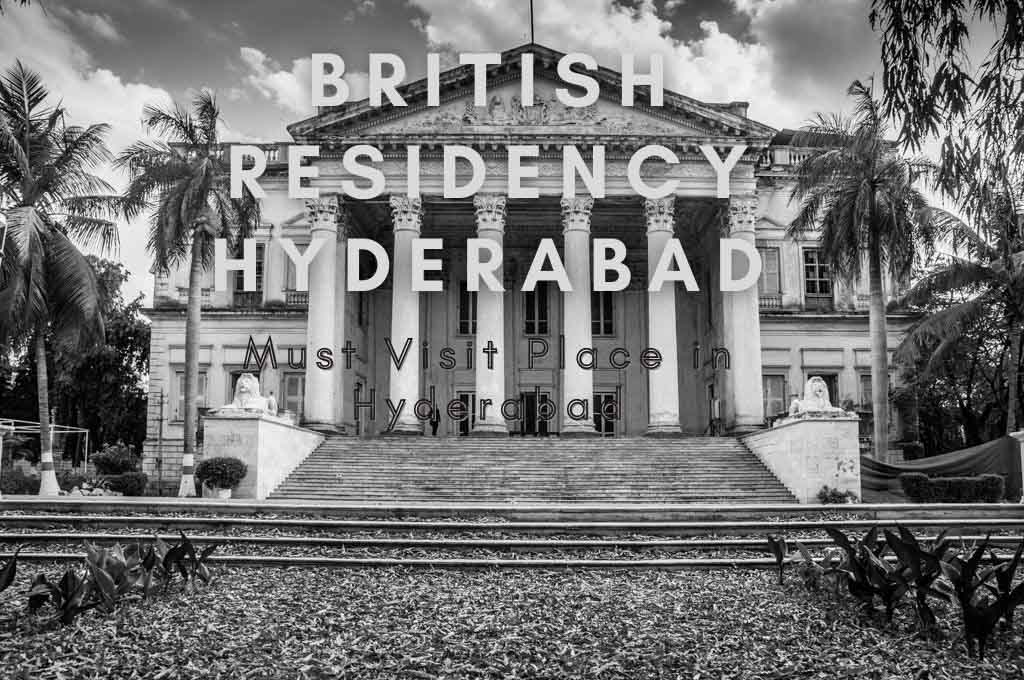 The British Residency in Hyderabad is one of the most beautiful heritage building in Hyderabad. Unfortunately, it is not accessible to the public. I always wanted to shoot there, but could never, because of permissions.

Fortuntately, I got an opportunity to teach Photography to the Mass Communication students at the Osmania University College for Women. As a part of the curriculum, we planned to walk around the campus as a field trip to get hands-on experience on how to shoot architecture. My dream of photographing the majestic place came true.

We thought of walking around the campus first and then enter the ‘jewel of the crown’ – The British Residency.

I'm sure many of you, who have to spend your golden years here will be carried down the memory lane seeing the pictures.

Built in 1803 for the British Lt Col James Achilles Kirkpatrick, the British Residency is one of the finest examples of build by the East India Company. Constructed beside the serene Musi river (in those days) one can imagine how beautiful it would be to have a strol around during those days.

The Corinthian pillars are 40 feet in height. The chandeliers are believed to be procured from king William IVth’s palace.

The two lions guard at the entrance of the building. The exquisite galleried halls and drawing rooms, a majestic darbar hall, painted ceiling, parquet floors of inlaid wood, flanked by tall mirrors make it a masterpiece of architecture.

It boasts a Palladian-style north front and an Indian-style south front, long latticed corridors, a grand durbar hall, and a lovely staircase that divides at a landing and continues in two graceful sweeps.

About James Kirkpatrick
James was a colonel in the British East India Company’s army. Influenced by the Nizam, he became more of an Indian than a British. He wore Mughal style costumes, smoked a hookah, chewed betelnut.

Legend goes that he fell in love with Khair un-Nissa, the great niece of the Diwan of Hyderabad and later married her according to Muslim law.

William Dalrymple immortalized James by having him as the central character of his best selling work - White Mughals: Love’s Betrayal in Eighteenth Century India

Koti Women’s College (Osmania University College for Women) was started in 1924 with the introduction of Intermediate Arts Course.

Some pictures as we walked around the campus.

We walked beyond the main building and found some beautiful boulders. I guess, the whole of Hyderabad was full of these. Now its limited to only few places which are slowly being razed to ground for the new buildings coming up.

The whole campus was full of greenery and unkempt gardens.

Rang Mahal (meaning colour palace) the place where Khair-un-Nissa lived. This part is very different in terms or architecture compared to other parts.

We walked past the back side of the British residency to explore more.

We found this cannon with a marble plate stating the history –

This old building had beautiful columns.

We walked below the majestic Empress Gate.

The old Department of Physics building.

It looked like a haunted house and we decided to get in and see the place. The dilapidated rooms had trees growing on the walls.

I’m some of you who are reading this might have done some interesting experiments in this lab.

There are still some halls which are operational in this part.

We came to the main entrance of building and the majestic lion greeted us.

40 feet high Corinthian pillars gives us a hint of what is imminent inside the halls.

I was dumbfound the moment I entered the Durbar hall. It was grand! The chandeliers, the intricate designs on the ceiling was just unbelievable.

I assumed this to be the most impressive part of the building. I was wrong. The best was yet to come. It was the staircases. To add to the beauty, the stairs were illuminated by a beam of light. I’m always lucky, you know :)  The statue of Gandhiji in between witnesses the beauty of the rays everyday.

Every time I moved little gave me another unique perspective of the place. It was indeed an exemplary architecture marvel.

There was a very narrow winding staircase that took us to the top.

We reached the terrace. As I was having a look at the framework, I could see the maintenance record mentioned there –
Trusses repaired, Roof and ceiling renewed – 1882

I was heart-breaking to see some of the halls in neglected state.

The mirrors with golden borders spoke volumes about the grandeur of the era.

I got so imbibed in the place that I forgot to keep a track of time. By the time we came out, the sun was setting down.

—
This was undoubtedly, one of my most memorable visits to a historical place in Hyderabad.

Read about the Restoration project of British Residency HERE.

This post will be incomplete without a vote of Thanks to the Krishna sir and Manasa madam who helped me getting access to the building which is not accessible to the public.

Thanks to all my students who accompanied me for the walk-around. Thank you for reading this post. Hope you liked spending time here. I will be back again with another interesting place.

3 Secrets to Mastering Photography - 5 Day WhatsApp/Zoom Class (Only Rs.499/- for a limited time)