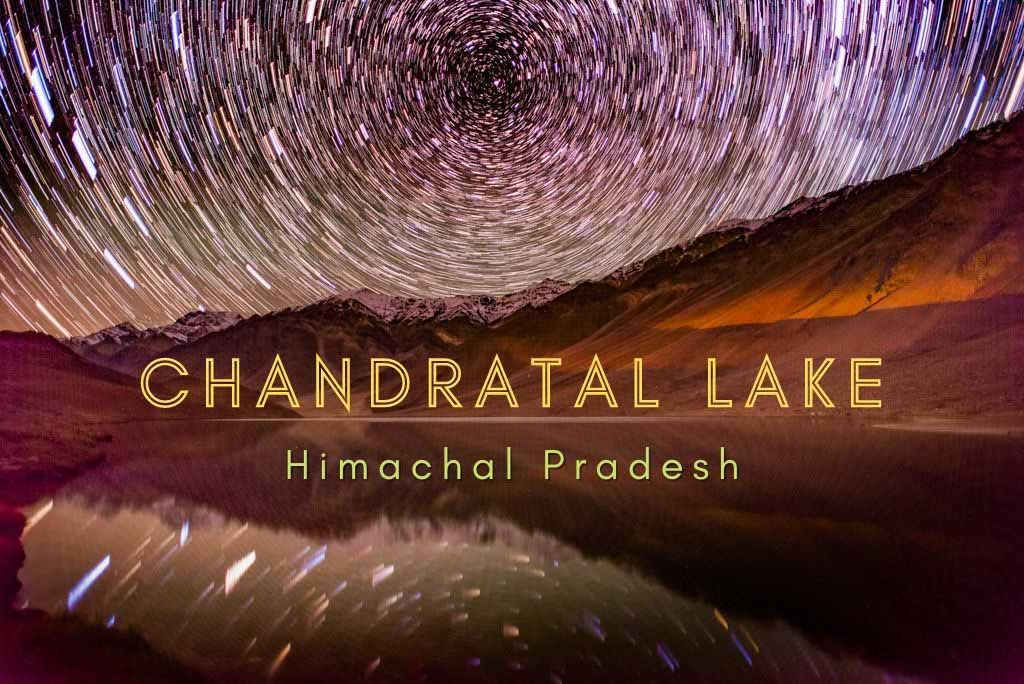 Chandratal lake is one of the most beautiful lakes in India. I was fortunate to visit this place several times during the past 10 years, sometimes two times a year.

Though it is quite challenging, it is one of my favorite places in India.

Where is Chandratal lake located?

Chandratal is located in Lahaul and Spiti region of Himachal Pradesh.

Camping is forbidden on the banks of Chandratal. In fact, you can't go beyond the check post at the camping area at night. It was allowed at one time, but no more. Thank God! Another disaster like Pangong was avoided.

The only way to stay close to Chandratal lake is to stay in the tents in the designated camping area. There are many camps available for night stay here. Initially, there were only a few, but now there are many. Some of them are quite luxurious.

The camping area is designated by the local authorities and located about 3 km from the lake. .

Some trekking companies organize treks from Chandratal to Baralachala. You can try them only if you are experienced in trekking. It is no child play to trek at this altitude. You can try the popular Hampta pass trek if you are a beginner.

The weather in Chandratal is very unpredictable. There have been situations that I have reached here in really bad weather and it cleared up miraculously. There was another occasion when some of my friends went there and got stuck for 5 days because of heavy snowfall and closure of the only way.

The temperature during summer may range from 20 degrees to few degrees below zero degrees.
In winter, this place is inaccessible and the temperatures might go to -30 degrees.

When is Chandratal lake open?

Due to the height and inaccessibility of the place, Chandratal lake is open from June to September. In the first week of October, the weather starts getting really bad and all the camps are wind up.

How to reach Chandratal lake

If you came to Spiti Valley from Kinnar, the distance from Kaza to Chandratal is 75 kilometers. You have to cross the Kunzum pass in this route. This route is easier for the human body as you have already been acclimatized while being there.

Manali to Chandratal is 140 kilometers. Since there is a sudden height gain from 2050m to 4300m, a lot of people who come here via this route fall sick due to high altitude sickness.

After the incident of a tourist being drunk and drowned in Chandratal lake, the police have created a check-post in the camp area beyond which you cannot go at night. It is unfortunate because we love to shoot the Milky Way with the lake.

I have gone there before and have taken pictures.

Chandratal Lake Spiti Valley Photo Tour Pictures by Saurabh Chatterjee Chandratal Lake is the last destination during our . After crossing Kunzum La in very bad weather, we are a little skeptical if we would be able to go to Chandratal. It was windy, cold, and snow as well. After taking a turn from Batal, the road ran parallel to the Chandra river. It was very narrow, scary, and bad. We finally reached the Chandratal at 4 pm. It was quite cold (around 4 degrees) and windy.

We had enough tea and then we left for the lake. It was a short drive to the last point after which there is a short walk (takes about 20 mins). It started snowing and I was a bit worried for the team.

Finally, we could see the first glimpse of the lake. The beauty was more than any word can describe. I looked back to see the others. We all were excited to have the first glimpse. Some of us were not feeling well and so they were taking their own time to come.

Low and behold, from no-where the sun rays appeared like magic! People who trek can possibly understand how it feels to see the sun in that condition. It was still snowing for some time and then it stopped.

It was the time for a well-deserved group shot. We all opened our caps a little to show our faces and jumped high. It was like MISSION ACCOMPLISHED!

We spent sometime walking around there before walking back to our vehicle. I was feeling very relived that everything went on as planned. By this time, the sky was mysteriously clear. That opened possibilities of shooting the night sky at night. The Universe was helping us for sure. I quietly said - Thank You!

As we descended, we could see our tiny tents.

We had an early dinner. It was one of the most memorable moments of the trip. We sang songs and were talking about the best experience during the trip. As the sun descended for the day, we got more excited. It was a do or die situation - our last night to see the magical skies and capture them.

How to Shoot the Milky Way

For the benefit of all, especially who are thinking that the image is created in Photoshop, I am writing the details of the picture, so that you can also try this when you go to a place like this.

To know more, please read this article I wrote for 1x.com

The most challenging thing is to shoot in such low temperatures (-10 deg in this case) Not many dare to go out of the warm tents. This is one single reason why people don't get this picture.

The first thing of critical importance is the composition. I generally shoot at extremely high ISO and a shutter speed of 1s to get the right composition (shooting at 30s will waste a lot of time, as we run out of patience and we can't stay out for long). Then after finalising the composition, I chose these settings.

30s is good enough to get a good exposure and still not get the star trails (to keep the shape of the Milky Way intact). F2.8 was used to allow maximum light to come in. And then varying the ISO to get the correct exposure (in this case its ISO 4500).

My friend Sudhakar lit up the smoke with a torch, hence its standing out. 30s exposure makes it smooth and creates a long trail.

Processing was done in Adobe Lightroom

Increased contrast, clarity, and saturation.
The snow was glowing, increased the exposure locally by a bit.

That's it. Please try this shot next time you go to a place like this. All the best. You can get in touch with me if you need any help.

I got up several times at night to see how the sky was. After some time, the moon was up and the Milky Way was less visible. The moonlight did shine on the snow peaks though. Our camps and our vehicle.

Most of us could not sleep well due to cold and less oxygen. Some of us including me felt very hungry at 4am. We got up and had a lot of the biscuits and chocolates which we had and tried resting for sometime. Finally, at 5am we got up excited to see the lake again, hopefully with the reflection. Our driver was not ready to get up. After constant bantering, he said, the cannot be started so early. He tried a couple of times but in vain. It was disappointing.

Generally, there is no wind early morning and hence the best time to shoot the lake with the refection. After 7am, the winds starts blowing and the water is not calm.

We finally started at about 830am. I had no hopes.

Some of us were not ready to go to the lake as they had already seen yesterday. I almost forced them to go again. Everyone agreed.

As I was expecting, it was windy again and the water was not calm. I could not capture the lake the way I wanted to, with the reflection.

As we were about to leave the place, I noticed the wind had stopped. It was a WOW moment for me!

The Universe helped us again! We excitedly  took as many pictures as possible.

The winds were back to action, but we were happy. It was time to go back.

We had a long day today, all the way to Manali over the Rohtang pass.

We reached in the evening after taking a few pitstops. It was the end of an awesome, one of my best so far!

Thanks to all the participants of my Photography tour to Spiti who came with me to Chandratal.

Join me for a Photography Tour

Join our 5 day Whatsapp/Zoom Photography Course (Only Rs.599/- for a limited time)