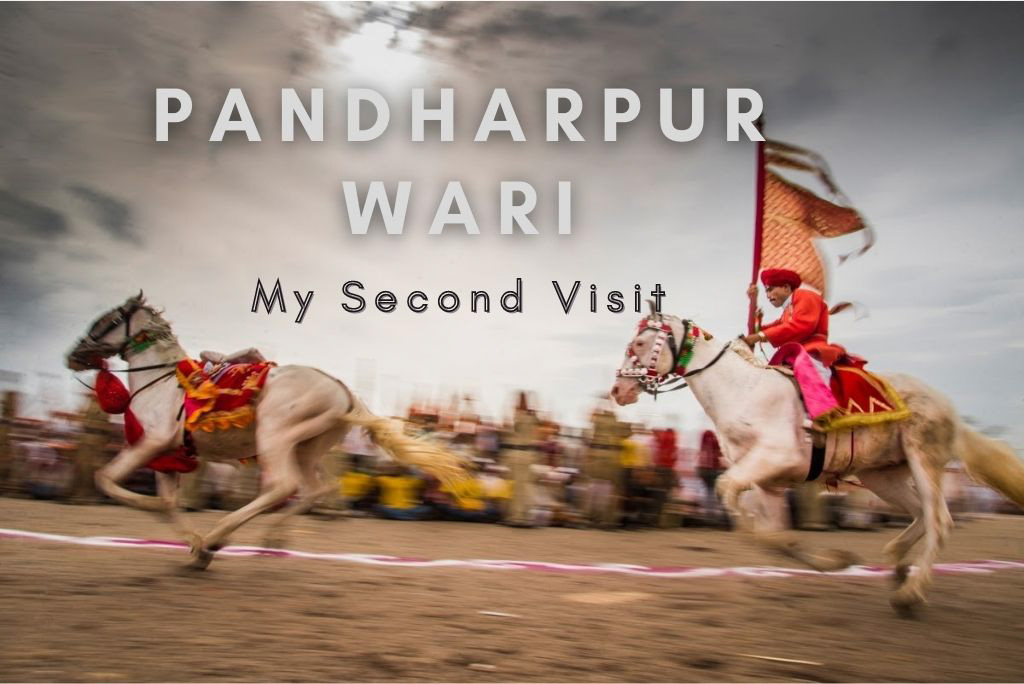 This was my second visit to Pandharpur Wari. You can read about my first trip here.

Pandharpur Yatra is observed on Aashad Ekadashi (months of June / July) by millions of people who walk for 21 days covering a distance of more than 250kms from Alandi and Dehu.

We reached there early morning to Solapur and took a car to Pandharpur and beyond, where the Ringen would be for that day.

We landed at a big stretch of ground. There were trucks parked with people inside. These trucks are used as caravan for the trip.

Where there is demand, there is supply. There were local sweets being prepared; they looked delicious.

Thousands of people called ‘Varkari’ reach Pandharpur from Alandi or Dehu after walking for about 250kms in Aashad (a hindu month which coincides with June/ July) Ekadashi (11th day of the moon). They walk with palkhis (chariots) carrying paduka (sandals) of the saints singing sacred songs.

Hot rotis are being prepared for the group.

Superstitious people, when sick think that someone has given them a ‘buri nazar’ (literally bad look) and these ‘ojhas’ (people who can drive away the evil) go through this process with neem leaves to cure.

You will see a lot of people with their orange flags marching singing devotional songs of Mauli.

One of the palki carrying the Lord.

Lot of women carry basil plants on their heads for 20 days during the entire stretch of the walk of 250kms.

Catching up with the world reading the newspaper.

While some people spend time reading religious texts, others take a nap to rejuvenate.

A well decorated bull which is considered auspicious moves around blessing people while its owner plays his flute.

The blessing… I was a bit scared to see this, but the people were used to this practise I guess.

These people doing stunts are always in watch of places where there are large gatherings. It was sad to see how the little girl was doing this to earn money for his family.

Some portraits on the way…

One thing very nice to see is the traditional folk dance “fugdi” being performed by all.

The leader of the palkhi wearing a special attire and hat so that he can be seen by all.

Lady with Basil plant walking all the way.

As we were watching the palkhis, there was one man who started doing stunts with a horse.

We met these tribal people with very different attire (not sure where they were from). They looked like Lambadis but were speaking Marathi.

Phugdi dance has a religious significance during this yatra and after performing people touch each others feet as a mark of respect.

These people called Vasudev belong to a nomadic tribe seen in Maharashtra. They roam around temples, villages and cities singing songs of Krishna. They wear a distinctive hat made of peacock feathers and dhoti, the traditional men’s wear.

And then came these human horses.

The singing and dancing continued.

Even the kids were full of energy running with the flags.

It was extremely hot. We sat at one place for more than 5 hours waiting for the ringen ceremony to happen. We could not move as someone else would take the first row which we occupied. These people took a break from singing having ice creams to cool them.

This couple used a white dhoti to cover them from the scorching sun.

Everyday, there is a designated place where these people stop. As the people reach their destination for the day, they get rejuvenated.

This dedicated son was carrying his parents on all the way to Pandharpur. Hats off.

Waiting for the show to start…

And the show begins…

These horses are believed to carry the gods. It was indeed a dramatic show.

The show ended and it was time to go ahead… to Pandharpur.

The ocean of people heading towards Pandharpur.

Making money is art and working is art and good business is the best art.
-Andy Warhol

How this man anticipated the demand and provided the supply is worth noting. There is always an opportunity, we just need to grab it.

It was a long day but indeed a very exciting one.

Thanks a million to Deepthi Ghalke for organizing the trip and motivating me to go again. Thanks to you all for reading this.