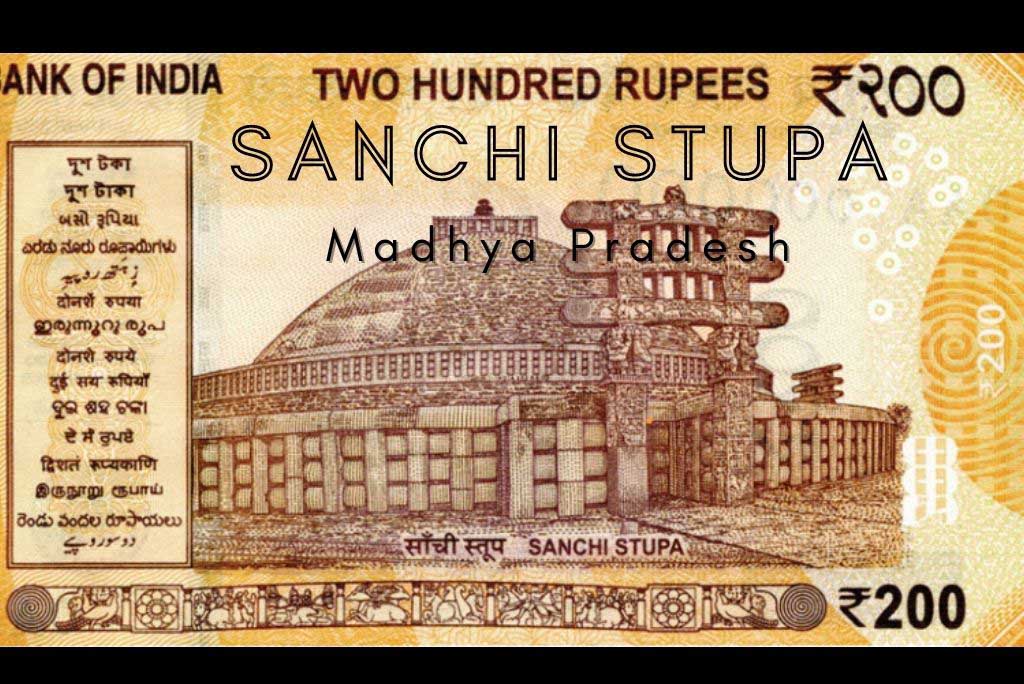 I went to Sanchi Stupa during a motorbike trip from Hyderabad. It was quite an eventful journey passing many places like Omkareshwar, Indore, Bhopal and then Sanchi.

I had always seen this stupa in my books since childhood and always dreamt to go to this historical place.

My excitement knew no bounds when I saw the stupa on top of the hill from the highway. I raced by bike all the way to the top. We reached there early in the morning and there was no one except us.

This place seems to be popular only for a bunch of Buddhist followers and for the locals who come here for an outing. Unfortunately, Madhya Pradesh is so far not being considered as a tourist destination like Kerala or Rajasthan but has so much to see.

It is situated in a very calm and quiet place and is a must-visit for every traveler to India, especially someone who is interested in Buddhism.

Where is Sanchi Stupa Located?

It is located at Sanchi town in Raisen district of Madhya Pradesh state, 48 km away from the state capital, Bhopal.

The stupa was originally built by Mauryan Emperor Ashoka in the 3rd century BC and was later improvised by the rulers of the Sunga period. Initially, it was a brick and mud structure and made into its current state. The iconic carved gateways were built in the 1st century BC.

Subsequently, it has passed hands from Sanchi to Kushanas and Kshatrapas and then to the Guptas. During their period they also built some temples and sculptures adding classical and simple grace of the era. During the 7th – 12th centuries A.D shrines and monasteries were continued to be added. Thus Sanchi exhibits harmonious co-existence of Hindu and Buddhist faiths.

What is a Stupa / Meaning is Stupa

Stupa is a dome-shaped mound containing remains or relics of the Buddhist monks or nuns. It is built to commemorate a great monk and is used as a place of worship for the followers of Buddhism.

Why is Sanchi Stupa Famous?

The Sanchi Stupa is one of the oldest known stone structures in India. It is one of the rare places which contains relics of the Buddha.

The highlights of the Stupa are the four elaborate gateways with carvings which depicts the life of Buddha as mentioned in the Jataka tales.

It is worth mentioning that Sanchi Stupa is one of the World Heritage Sites in India. Presently it is being conserved and environmentally developed by UNESCO under the project of Sanchi and Satdhara, a Buddhist site.

The triple umbrella on the top represents the three tenets of Buddhism – the Buddha, the Dharma, and the Sangha.

As always, catch it early morning. There will be no people.

Study a bit before you go, you will be able to appreciate the place more.

Thanks to my student and friend Madhab for joining me for this epic bike trip.